« Back to iOS version

Support level: Free or trial
iOS version 6.9.3.0m11.21.0
after entering the internet id, the app asks for the password; a field is available to enter the password but it can't be selected and no keyboard appears to enter the characters.  The "Save password" check box appears and it can be toggled.  Notification ""Please, enter your credentials" appears at the bottom of the screen.

I know there was a previous thread on this, but it didn't state how to resolve the problem!

Support level: Free or trial
Hello,
I'm having the same problem with Remote Utilities on the iPad iOS version 12.1.   After I enter the IP Address to connect to a local computer on the LAN, the iPad keyboard fails to appear, no matter where I tap on the screen.  See attached screencap from  the iPad.
Attached Files 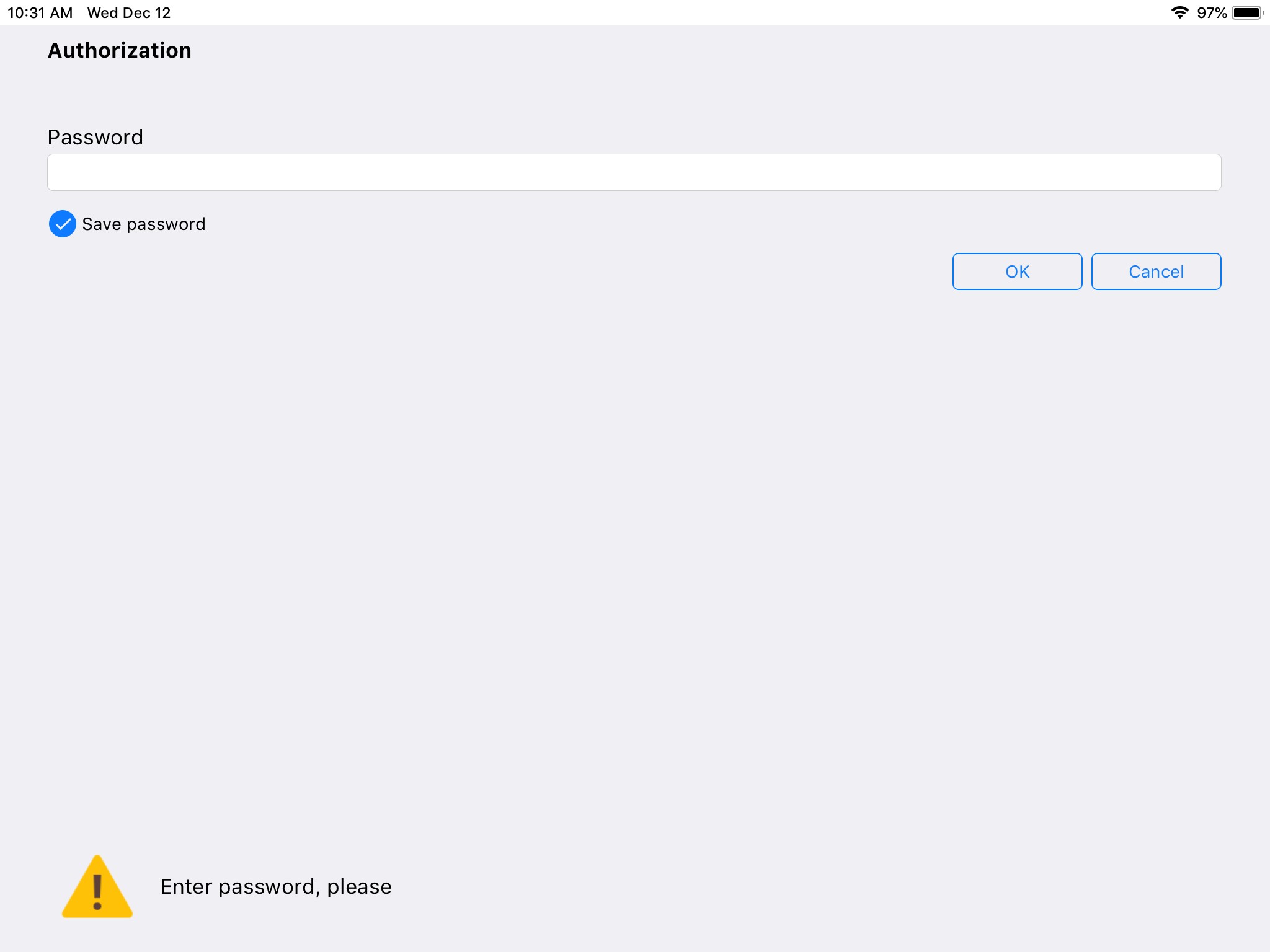 We could’t reproduce the issue. The field works as it should on the iPad with the latest iOS (12.1 16B92) and RU updates.

Support level: Free or trial
After an hour of troubleshooting, the app suddenly began working and showing the keyboard.  We'll never know for sure, but the fix may have come by manipulating the Authorization method settings in the HOST PC's software, which acted to clear out an unseen corruption among the various authorization steps communicated between the Host PC and iPad app.  Something had glitched and caused the iPad's app code to lock up just before it was supposed to pop-up the keyboard.

Here is the final series of steps taken that ended with the app beginning to work properly:

Experimenting with the Authorization method settings, I disabled the Single Password option, configured the "Remote Utilities security" option, then attempted and failed to login from the iPad.  The next change was to  disable the RU security option and try the "Windows security" option -which again failed to allow the iPad to login.
The iPad App's response to the RU security and Windows security options was a login error message that said something about that the proper login method was not selected in the HOST configuration, which was a very unclear way of saying that the App can only use the Single Password method for logging in.

Also to note: before each one of these password tests, I manually forced the iPad to unload its RU App from memory, so that it would have a fresh start at communications.

And then magically, the iPad's keyboard screen popped up! and allowed me to enter the password.  It completed the connection to the remote PC and was in remote control mode.

I'm glad to hear it is working for you now. I should say that we are going to significantly improve the mobile version pretty soon and add new features (including a full-fledged address book like in the desktop client).

Don't hesitate to post another message if you have any questions.

I just installed the client software on my computer (Win 10) and on my ipad.
I tried the steps mentioned above, but no results.
Attached Files 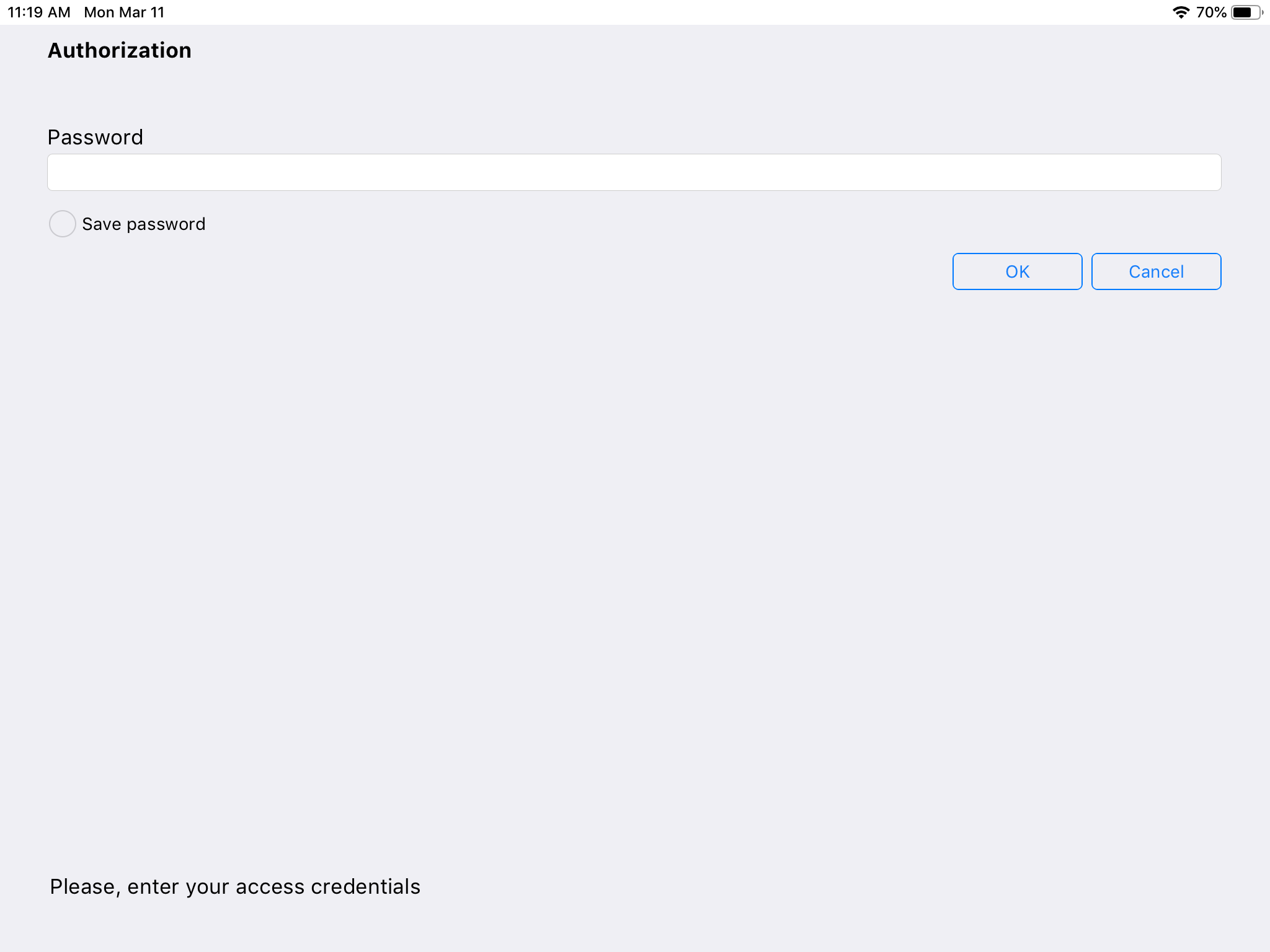 Support level: Free or trial
Actually, I solved the issue. It's the simplest thing. Right before it asks for the password, a popup appears asking if you want to still display the tips (regarding the tap or double tap, etc functionality). As long as you click "Yes" (I still want to see the tips), you will not be able to enter a password. But if you click "No" (or whatever the equivalent was) you will be able to enter a password.

A little bug to fix, I believe.

We will be fixing this issue in the upcoming update. Sorry for the inconvenience.

Please let me know if you have more questions.

The issue has been fixed. A new version is available to download here: https://www.remoteutilities.com/download/mobile.php

Please let me know if you have more questions.
Submit a reply
Page: