Exploring the Pros and Cons of Switching to a Linux Server

So you’ve decided that going with the mainstream and using Microsoft Windows isn’t quite the right fit for your business. Where do you go from there? One possibility to consider is making the move to Linux. Linux is an open source operating system that requires some training but is quite easy to modify and improve upon once you have somebody experienced in its operation. More details about the pros and cons of moving to a Linux server are provided here. 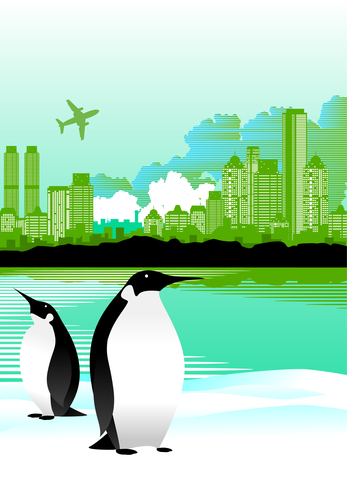 One of the biggest advantages that Windows has over virtually every other operating system is that it is very easy to run and install. Linux, on the other hand, requires more consideration and customization when installing onto a server. There are many different kinds of applications available to Linux users, and the plethora of choices can sometimes become overwhelming. By comparison, Windows users only need to install and run the recommended software configurations. The winner in terms of ease of installation is Windows, although it is worth noting that Linux doesn’t require as many critical updates and reboots, so it can be more stable once you have your server up and running.

Windows is always changing, and the constant stream of updates tends to affect the stability of the platform software. During an upd ate or shortly after one, you may experience lagging or crashing on the server. By comparison, Linux is quite stable. Some versions of the software, particularly the Enterprise editions, use long-standing protocols and software kernels that are completely stable due to the amount of time they have had to have all the bugs fixed. The significantly lower rate of crashes makes maintaining the server much easier. As a result, stability is a big win for Linux. Once you have a Linux server se t up, you probably won’t need to worry about maintenance for quite a while.

Because it is the most popular operating system in the world, Windows is frequently targeted by hackers and other infiltrators. The constant updates that Windows server software gets also renders it more vulnerable to exploits, bugs, and hacks. Virus protection software, firewall technology, and other safety measures can counter these issues with almost 99% effectiveness, but the sheer number of dangers out there for Windows systems makes it possible that something will eventually get through. Linux, by comparison, is not as exploitable. Part of this is due to the fact that it isn’t used as much as Windows, while the other part has to do with the fact that it is a generally more stable system.

Windows and other major operating systems have the benefit of support lines that are open 24 hours a day and seven days a week. Some Linux server vendors have similar support, but not all of them do. In general, paid versions of Linux tend to have vendor support, especially if you pay for the Enterprise edition. Free or discounted versions of the operating system lack that support. You can navigate technical help forums and receive most answers more quickly than you would if you were emailing about a similar problem with Windows, but this requires some knowledge of how to navigate these forums. If you feel that you have that knowledge, Linux is the winner here. Otherwise, it’s Windows.

Linux has a very large developer community that makes it easy to adapt software for other operating systems to something that is compatible to your system. However, the community does sometimes take time to develop this compatibility, and many major software companies place a low priority on Linux releases, if they even release them at all. This is generally not a major problem as few companies move over to new software suites until they have at least been out a year or so in the private sector and most of the major bugs have been fixed. However, if you have a business that you feel needs to be on the technological cutting edge, delays in Linux software compatibility may be a problem.

The ultimate decision as to whether you should switch your server over to Linux or stick with Windows depends on the nature of your business and employees. Linux servers have many advantages over Windows, but they do require an IT team that knows the ins and outs of the operating system and which can respond to issues with speed and confidence. Moving to Linux can be a great way to streamline your business as long as you are properly educated and prepared.