Most businesses use Microsoft Windows in some form or another, but it is not the only operating system out there. Whether for business reasons, compatibility purposes, or just personal preference, some companies choose to use an alternative operating system for their business network, such as Linux, Apple’s Mac OSX, or Novell’s NetWare. Is this a move you should make? What are the possible implications? Read on to find out more about these alternatives. 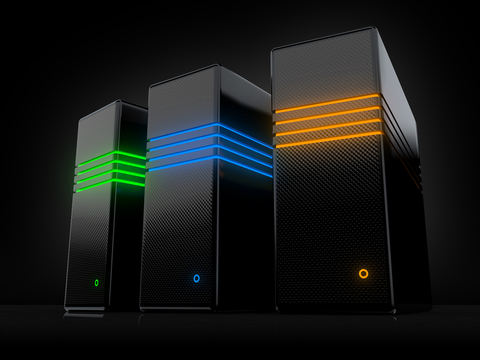 Why Seek an Alternative?

If Windows is so popular, why would anybody seek an alternate system? There are a number of answers to this, and it usually boils down to business needs and personal preference. First of all, it’s important to remember that Windows isn’t used because it is unquestionably the best operating system out there, but rather because it is most convenient to many users. It comes bundled on most computers, which means that those who don’t want to look for alternatives have something suitable right in front of them. However, there are other systems that work better in some ways than Windows. Mac OS, for example is ideal for design work, while Linux offers more customization.

Linux is a free operating system that can be ported to virtually any computer out there. It offers more choice than any other operating system out there, although that choice does come with a steeper learning curve. Because of Linux’s flexibility, you can use it to establish a network even if you use older machines in your office. If you are in a business where security is tantamount, you might find this operating system useful, as Linux tends to be much more secure than the alternatives. However, this operating system does require individuals who are skilled in computer languages and networks. If your office has less technically skilled employees, this may be a daunting system for your network.

Like Linux, Max OSX offers a great deal of flexibility. Because the operating system is based on UNIX, it can run most software that is designed for Linux with only a few modifications. Unlike Linux, Mac OSX is usable even by people who aren’t very familiar with the ins and outs of computer code. If you run a business that involves design, videography, or photography, you can also benefit from the e3xcellent content support on Mac computers. It is worth noting that OSX tends to be more expensive than alternatives, although this is somewhat mitigated by the hardware requiring less maintenance. OSX also has fewer hardware choices, which might make setting up a business network more expensive.

While it is not used by as wide a variety of businesses as other operating systems, Novell NetWare has the advantage of being specifically geared toward network services. Because of this, the system has many different options and features that can appeal specifically to people who want to set up a business network. The software is inexpensive and very reliable. However, there have been some user complaints about Novell’s tech support when something does go wrong. You also have the bear in mind that this is the least flexible and popular of the different options, so some services may not be compatible with NetWare. That said, it can be very useful to a business that has a specific goal for its network.

With all these alternatives, what about Windows itself? Windows is used by more than 80% of businesses out there, so why not stick with that? Windows is indeed a good option for many businesses, as it provides the highest level of software compatibility with third-party programs. Microsoft also offers a high level of support overall. However, some of the weaknesses of Windows occur precisely because it is so popular. Hackers tend to target Windows systems the most, which means that you need to take extra steps to secure your network and protect against spyware. Additionally, open source software is limited when it comes to Windows, which limits your options if you want to design your own options.

Most business owners will likely stick with Microsoft Windows, although they should be aware of the potential security risks to their network that will result. Solid virus protection software and regular checks from your network IT personnel can help mitigate these problems. For companies that need specific types of content or that have a high level of proficiency with custom network software, alternatives such as Linux, OSX, or NetWare might be called for.