« Back to Feature requests

Support level: Pro
Hi there. Great work so far - keep it up! Hoping to see a "close to tray" option later on. The minimize to tray is very useful, but sometimes I forget and hit close when connected and then have to start over. Maybe in the pipeline?

On that note, there was a suggestion by another user about a roadmap. While there are a number of features that we'd like to see, there are probably some that are a priority for your team currently. Maybe as another option - aside fr om specifying which areas you're focusing on now - you could have a thread wh ere persons voice the features they'd like, then run a poll to see which one customers would want you to work on most. Then you prioritize that alongside what you're working on. Just a thought. 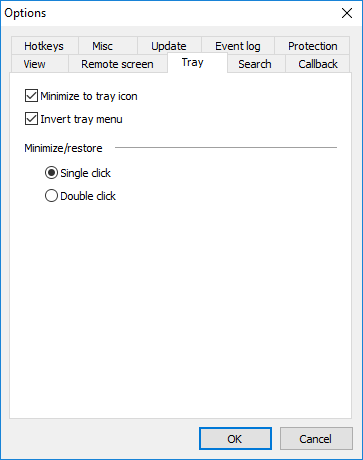 Support level: Pro
OK - sorry about that - didn't realize it did so. Thanks for your quick reply! Keep up the good work! You may lock this thread now.
Submit a reply