Common Types of Malware and how to Avoid Them

Malware is a catch all phrase that includes any sort of program designed to do harm to a computer or that disrupts its normal processes. This includes viruses, spyware, adware, and much more. Malware is one of the biggest enemies of any computer that has access to the Internet, be it a company computer or a personal one. The most common types of malware that you might acquire and they way in which they affect a computer are outlined in detail below. 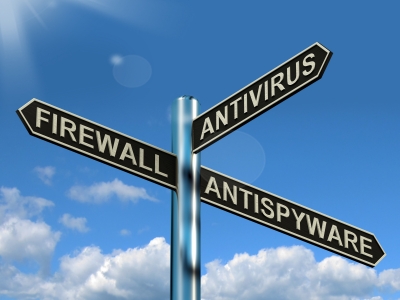 Remote Administration Tools are also known as RATs. If you have a RAT infestation, it means that somebody has planted malware on your computer that will give a remote user administrator rights to your files. This can include gaining access to your personal software as well as some hardware like your computer's microphone or webcam. Essentially, anything you can do with your computer, somebody using a RAT can as well. This malware is usually spread by getting users to click on a link that they think is safe, especially via social media channels or file sharing networks. You should make sure to avoid any unknown files or links, as a single mistake can lead to a RAT infestation that can destroy your privacy.

A computer virus is defined

not by what it does, but rather how it spreads

. Viruses can include RATs or they could be simpler and designed for harassment purposes, slowing down your computer and rendering it nonfunctional. Some viruses go for financial gain, trying to sell you malware removal tools that are in reality only a way to collect an unsuspecting user's credit card information. Regardless of its purpose, a virus infects an executable file (.exe) and then spreads to other .exe files, making them very difficult to remove once you have run the infected file. This is one reason that you should never download a .exe file from a source that does not have an authentic security certificate.

Worms are similar to viruses but do not infect existing files. Instead, a worm gets onto your computer and then replicates itself constantly. On a business network, this can be particularly devastating, since the worm can slow network traffic to a halt and decrease production not only for the infected user but for all computers on a network. Worms actually originated as programs that were supposed to help computers by patching common programs, but the result was less than optimal and the practice was abandoned very quickly only to be picked up by hackers. They are often disguised as helpful programs, and for this reason many vendors keep a regular patching schedule to avoid the risk of getting a worm.

Spyware resembles a RAT in that it allows a remote user to see what is going on while you are on the computer. Some companies use spyware intentionally to make sure that individual employees aren't abusing computer privileges, but many hackers use it for malicious purposes. Spyware can be installed through a number of means, including .exe files or even Javascript placed on a website. Unlike a RAT, it doesn't give the attacker control over your computer, but it does allow them to view what you are doing. This can include keylogging programs that can enable a hacker to gain your passwords and other important personal or financial information.

Often considered the least intentionally malicious kind of malware, adware is still potentially devastating if you don't watch out for it. Adware is delivered via tracking cookies that analyze your Internet usage and then post appropriate ads. The problem with it is that it can pile up quite quickly, leading to a major slowdown on your computer. If you don't keep your adware in check, your machine might wind up running at half its normal speed or even slower. Adware can be deleted by using tools like Norton Security and Ad Aware, which delete problem cookies regularly. It can also be blocked entirely through the use of ad blockers or by adjusting your Internet settings so your computer doesn't accept cookies.

There are many more kinds of malware out there, but the types detailed above are generally the most likely to be found on your computer. Of the types of malware listed above, RATs have the most potential to do long term damage to your computer and network, but all of them are dangerous if you are not careful. By protecting yourself properly, you can avoid hassles for both yourself and the rest of your network.