The Past, Present, and Future of Wi-Fi

If you’re like most people, who have at least one device that uses Wi-Fi to connect to the Internet. We’re well past the days when getting online meant using a phone cable and hearing the screeching sound of a modem whenever you got started. Nowadays, people use Wi-Fi for everything fr om casual Internet use to business networking. Where has Wi-Fi been and wh ere will it be going in the future? This article will explore its past and present as well as things still to come. 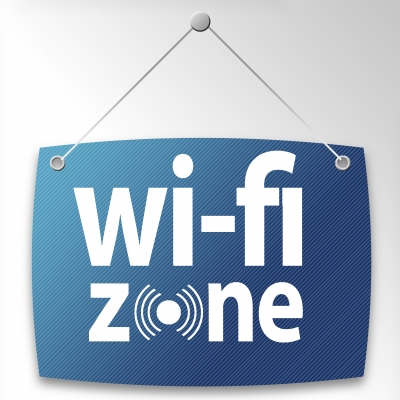 A History of Wi-Fi

Wi-Fi was born in 1985 when the Federal Communications Commission (FCC) designated a specific radio frequency for industrial, scientific, and medical use. This frequency was later used by AT&T for cashier systems, allowing stores to tap into their databases through the radio frequency without having to have an actual connection. In Australia, a scientific research project designed to detect exploding mini black holes ended in failure, but the byproduct was a breakthrough in Wi-Fi technology. The Commonwealth Scientific and Industrial Research Organization (CISRO) obtained patents to clear up garbled radio signals from the experiment, and a broader online application was discovered in the process.

How Wi-Fi Gets Used

Wi-Fi connections use access points, also known as hotspots, that allow multiple computers to connect through them. The fewer computers there are on a network, the faster the speed of the connection. In a business environment, it’s usually best to have at least two Wi-Fi hotspots – one secure connection that is used by employees and one public connection that can be accessed by guests and/or customers. Wi-Fi can also be used to provide direct computer to computer access, connecting one user to another without having to go through a router or server. This is mostly used for entertainment purposes, such as online video games, but can also help you transfer files extremely quickly.

One of the most obvious yet surprisingly overlooked aspects to Wi-Fi is the lack of cables and outlets that a business has to install when using it. Rather than have every computer plugged into an outlet and have a potential tangle of cables, you can just set up a few routers and allow users to connect through the wireless adapter in their machines. Most laptops and desktops these days have a built-in Wi-Fi adapter. As long as you find the right balance between accessibility and speed, this is also an excellent way for small businesses to employ a low-cost business network. The encryption used in these networks is also state of the art and is among the most secure out there as long as you use a strong password.

One of the biggest problems that people have with Wi-Fi technology is a matter of security. Although the connection itself is secure, it needs to be password protected or anybody in range can access it, slowing down your network. You should protect your network with an alphanumeric password that only those who need access to the connection know. Range can also be an issue, especially if you are in a large building or if the people who need access to your network are very spread out. If you have a large range to cover, you might need to look into setting up multiple hotspots. Alternately, there are boosters available that can increase the strength of your Wi-Fi signal and cover a broader range.

While Wi-Fi technology is widely used, there are several other technologies out there hoping to one day replace it. Foremost among these is LTE, which stands for Long Term Evolution. LTE is a much faster form of data transfer that focuses mostly on phone and mobile devices. It is currently seeing use in the United States, Canada, Australia, and parts of Europe, South America, Asia, and Africa. WiMAX, or Worldwide Interoperability for Microwave Access, is another form of data transfer that uses base stations like Wi-Fi but has a longer range. Both of these technologies are expensive now, but the cost is decreasing as companies put more research and development into them.

If you run a small business or want an easy way to connect computers in your office without having to both with cables, Wi-Fi is definitely something you should consider. However, you should always keep an eye on your network security and make sure that you have the range you need for your office. You should also keep an eye on new technologies like LTE and WiMAX, which might serve as a substitute for Wi-Fi sometime in the years to come.