Cloud Computing Trends to Expect in 2014

The new year has arrived, and with it brings a whole new wave of technology. Cloud computing and other remote tools, which became dominant in 2013, will continue to develop in 2014. With more people familiar with those tools and further expansion of resources, you can expect some substantial changes and improvements as the year moves forward. Some new trends that you can expect to see in 2014 are detailed below. 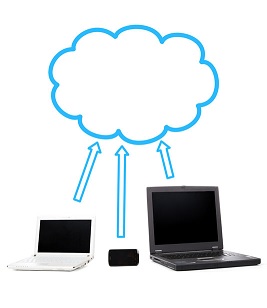 Now that cloud technology has become established among businesses, people have begun finding ways to customize their managed services. This means that there will likely be an increased amount of hybrid services that combine public and private deployments. As a whole, the market might see some fragmentation as more and more customers begin to avoid providers who offer generic, packaged services, instead opting for providers that offer customization options. If you are planning to take advantage of cloud computing in 2014, you should make a laundry list of sorts of what you want from the service. This will allow you to find somebody who is able to cater to your specific business needs.

As it stands now, managed services for a company tend to be driven by the IT department, as that department is what determines technological policy. However, the fact that a separate entity managed these remote utilities means that the focus is likely to shift away from policies set by an IT department and toward the needs of each single employee as determined by the Human Resources department. Human Resources will be more in charge of acquiring the services needed from remote providers. Marketing will also have increased purchasing power as more cloud options arise that can help a company promote itself to outside individuals. Expect a different distribution of work in 2014.

Leveling the Playing Field for a Limited Time

Historically, large companies have had a major tech advantage over smaller companies due simply to the sheer cost of resources. However, cloud technology is leveling the playing field between large corporations and smaller companies that have fewer resources. By providing the same level of options for all users in an affordable package, managed service providers are making it so that even small start-up businesses can present a polished and professional veneer. This will remain true in 2014, but it may not last forever. As technology marches on, new options will arise at higher costs, meaning that this balanced playing field will change. By buying in now, you might be able to save when things change again.

The cloud boom has leveled the playing field in more ways than just financial ones – it has also caused developers to start considering an application-focused approach to software rather than the usual emphasis on hardware. Unlike the financial aspect of cloud computing, this change is unlikely to go away in the near future. Programs that cater to certain hardware configurations are probably going to start to diminish in importance. Instead, the focus will be on applications that interact with other software configurations. The new goal for software developers will be to provide program packages that customers will want to buy rather than single programs that have very specific hardware requirements.

The IT department, long the central hub of technology in an office, is changing in purpose. Not only is cloud technology creating new platforms that a traditional IT department has no control over, but other services such as mobile networks and virtual desktops are making it less necessary for IT support to be located on-site. This won't necessarily lead to the demise of the traditional IT department, but it does mean that you will need to repurpose some of your resources. It also means that you can move most of your IT personnel off-site. They can provide assistance remotely either from another location or from the comfort of their own home, depending on the specific needs of your company.

Times are changing quickly, and cloud computing is definitely here to stay. These are just a few of the changes that you can most likely expect to see in 2014. These predictions are made by observing the trends throughout 2013 and factoring in the opinion of professional experts. There will, naturally, be other news and developments over the course of this year. Naturally, predicting every aspect of the future is impossible. Luckily, the items outlined here can properly prepare you for many things yet to come.