Did you know that there is a way to convert your entire network to only one IP address? This method is known as network address translation, or NAT. That is only one use of the technology, however. It can also increase security and provide a smoother overall browsing experience depending on how it is used. This article will discuss the history of NAT and both the advantages and drawbacks of using it for your business network. 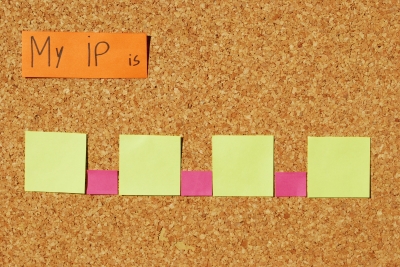 The History of NAT

NAT originated as a result of how the Internet in general and IPs specifically work. Any computer that accesses the Internet needs to have an IP address in order to do so. Because IP addresses have a limited number of digits, there are only so many of those addresses to go around. While this wasn't an issue in the early days of the Internet, it became an issue later on. As a workaround for this problem, NATs were born. Using an NAT means that your entire network has one IP address, through which many different computers can access the Internet. This limits the number of existing IP addresses that get used and can also have several security benefits when implemented properly.

The easiest way to understand how NAT works is to imagine your company's hub or firewall as a sort of receptionist that receives outside calls from the Internet and routs them to the computer that the call is meant for. In other words, all of the external dealings between your network and the Internet are handled through one major network hub, which then distributes information according to your various network settings. You can set up NAT in a number of ways, including a static routing that maps IP addresses on a one to one basis, dynamic NAT which receives unregistered IP addresses and directs them to a registered IP address from a listing you set up, and more. NAT is very customizable to your needs.

How NAT Affects your Applications

Because an NAT configuration affects the way network addresses interact with application data, there are some applications on your computer that may be affected by having an NAT setup. These programs include programs that use FTP protocol to send and receive large amounts of data. Voice over IP calls, also known as VoIP, might also be affected by NAT, since they require the use of multiple ports in order to connect and transmit voice data. There are workarounds for these protocols if your business relies on them often. In general, if you have software that requires the use of multiple ports, you may have some compatibility issues if you switch to an NAT system.

The biggest advantage that NAT offers is the chance to make sure that all machines on your network share a public IP address. This makes it more difficult for hackers to be able to attack individual computers on your network, since outside machines will not be able to access the actual IP address of an individual employee's machine. This system also makes your network easier to expand. Once the NAT is set up, it is very easy to add a huge number of different computers, all of which can share one or several IP addresses, depending on which NAT model you choose to use. Overall, this setup can also increase ease of use for remote users, since they can effectively be on your network even when they are afar.

NAT is not for everybody. Among its disadvantages are a matter of complexity. The system is very useful when it begins operation, but it takes time and effort to set it up effectively. If you have an inexperienced IT team, you might want to consult with an experienced network professional before switching over to an NAT. The limited number of public addresses can be a double edged sword, especially if you use VoIP or other programs that require the use of multiple addresses. Finally, because an NAT needs to take some extra steps in rerouting interaction to a limited number of public IPs, it can slow down your network performance, especially if you have a large number of computers on the network.

Depending on your business structure, NAT can be a very useful way to simplify your company's public IP addresses as well as increase your overall security. However, you should make sure that you understand the exact impact that this will have on your network and that you are prepared to maximize the benefits while minimizing the potential drawbacks.

Image courtesy of artur84 at FreeDigitalPhotos.net